The tradition of Tartu Student Days began in the 1960s when in each autumn a group of students decided to organise a series of events dedicated to the students. The idea grew out of the annual International Student Day celebrations on the 17th of November. The very first autumn festival was held from the 30th of November until the 2nd of December in 1989 with 10 events in the festival program and almost 7000 participants. The first spring festival was organised in the same year and already 10 000 students took part of the festival.

In the years the festival has grown a lot and today we can say that it is one of the biggest and most anticipated festivals in Tartu. Tartu Student Days keeps the student spirit, culture and traditions alive offering both participants and spectators a chance to get out of their everyday routine and do something truly memorable. Festival program is full of entertaining and cultural events that will bring sincere joy to the streets of Tartu. Enthusiasts all over Estonia come together for a whole week to create this unique synergy that gives strength and power to get through the upcoming struggles whether in school, work or just waking up. Students have always been a little bit crazy, but the energy and positivity that comes from them is a valuable part of the spirit of Tartu. 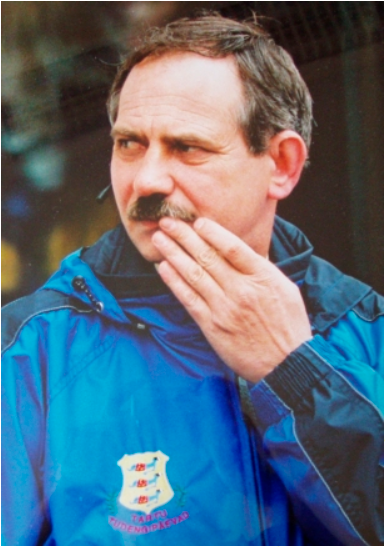 Rat? Fox? Wolf? No, Villem is a dog. A yellow dog to be precise. The most splendid, witty, playful and friendly dog in the neighbourhood. And especially loyal – for over a decade he has been there for every Tartu Student Days event.

Why Tartu Student Days mascot is a dog? Dog is a loyal friend, who listens to you, is there to help relieve stress and is always ready to do everything with you, be it sporting or singing.

Villem was born in 2002, when the member of University Culture Club, Kristjan Rattus, draw the first picture of him. The adventurous puppy Villem was first taken to the city in spring 2003. As a matter of fact back then he still had no name yet. In the same year in autumn a big competition was held to find the best name for our beloved puppy. In a very tight competition where other options were Pitsu, Vello-Vallatu, Mupsik, Tilbik Rebane, Tupsu, Õllesõber, Põnta, Krinksu, our loyal friend was finally named Villem.

In the autumn of 2012 Villem celebrated his 10th birthday with a big party. Despite of his dignified age in dogyears, he still hasn’t lost his playfulness and you can always see him eating pancakes at Pancake Morning, dancing along at Night Dance festival or paddling on the Emajõgi at Boat Rally. 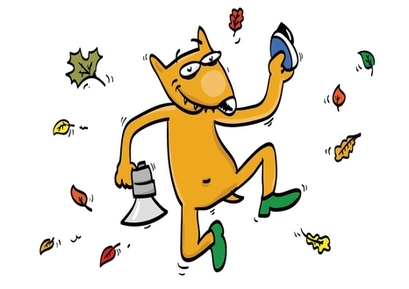 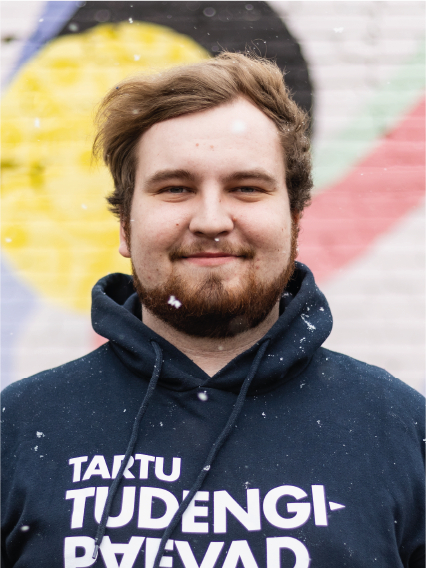 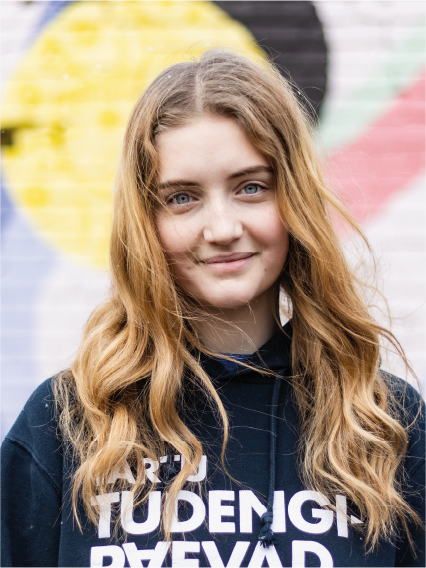 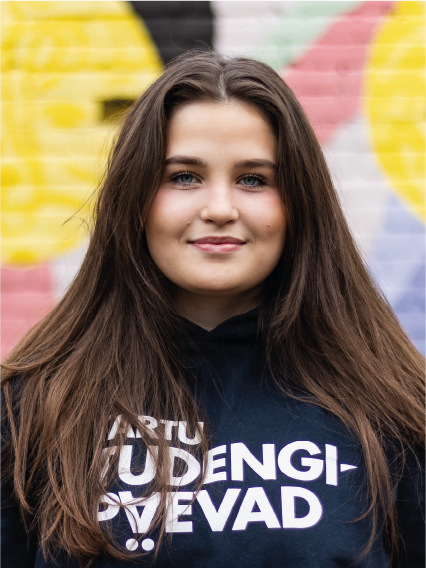 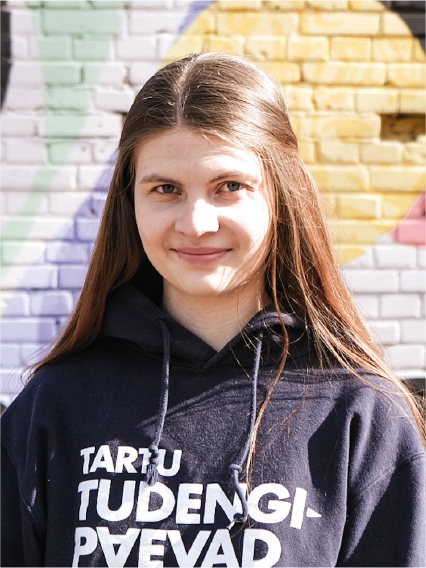 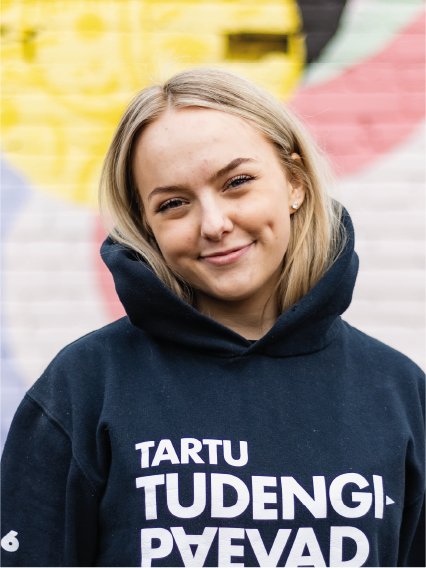 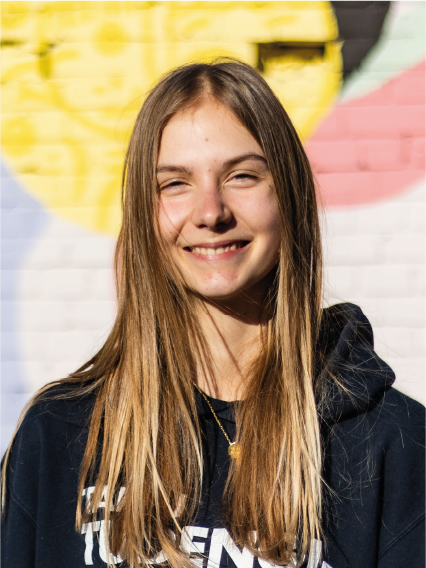 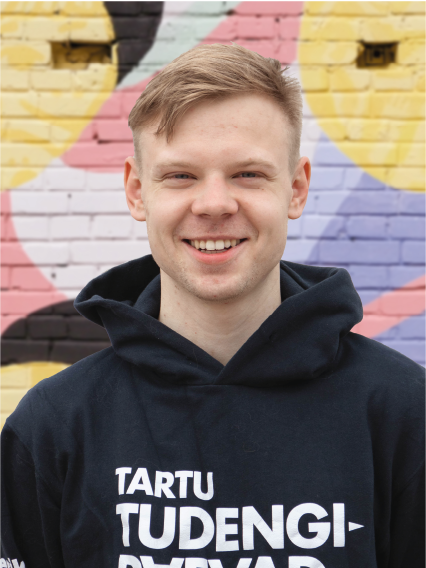 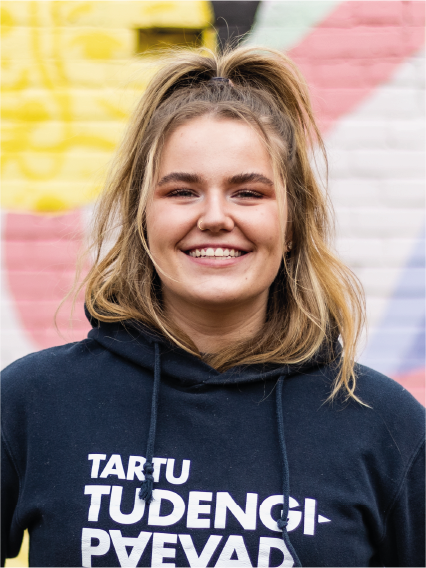 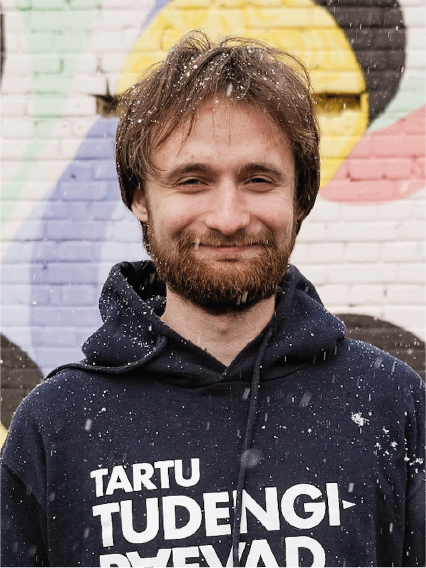